Hewitt & Gilpin acts for over 300 charities and faith-based organisations and has held a number of events relating to Charities Law over the past few years. As a result of the very positive response to the Charities Event which was organised on 6 June 2013 and was addressed by Diane Dodds MEP, we were very pleased to host a second event at the Park Avenue Hotel, Holywood Road, Belfast on 11 October 2013. 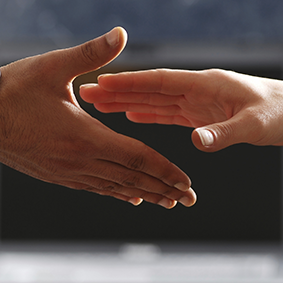 The event focused on opportunities that exist for charities, churches and faith-based groups to secure funding for their charitable projects and Diane Dodds, MEP, addressed the audience of over 100 people on these opportunities.

Graeme Hamilton of Hewitt & Gilpin addressed issues surrounding the continued implementation of the Charities Act (Northern Ireland) 2008 and the role of the Charities Commission. He also advised on the different constitutional vehicles through which charities operate and the relative advantages and disadvantages of each in the context of the new regulatory regime imposed by the recent legislation.

Please do not hesitate to contact us should you have any queries in respect of the Charities Act (Northern Ireland) 2008 and how this may impact on your charity.